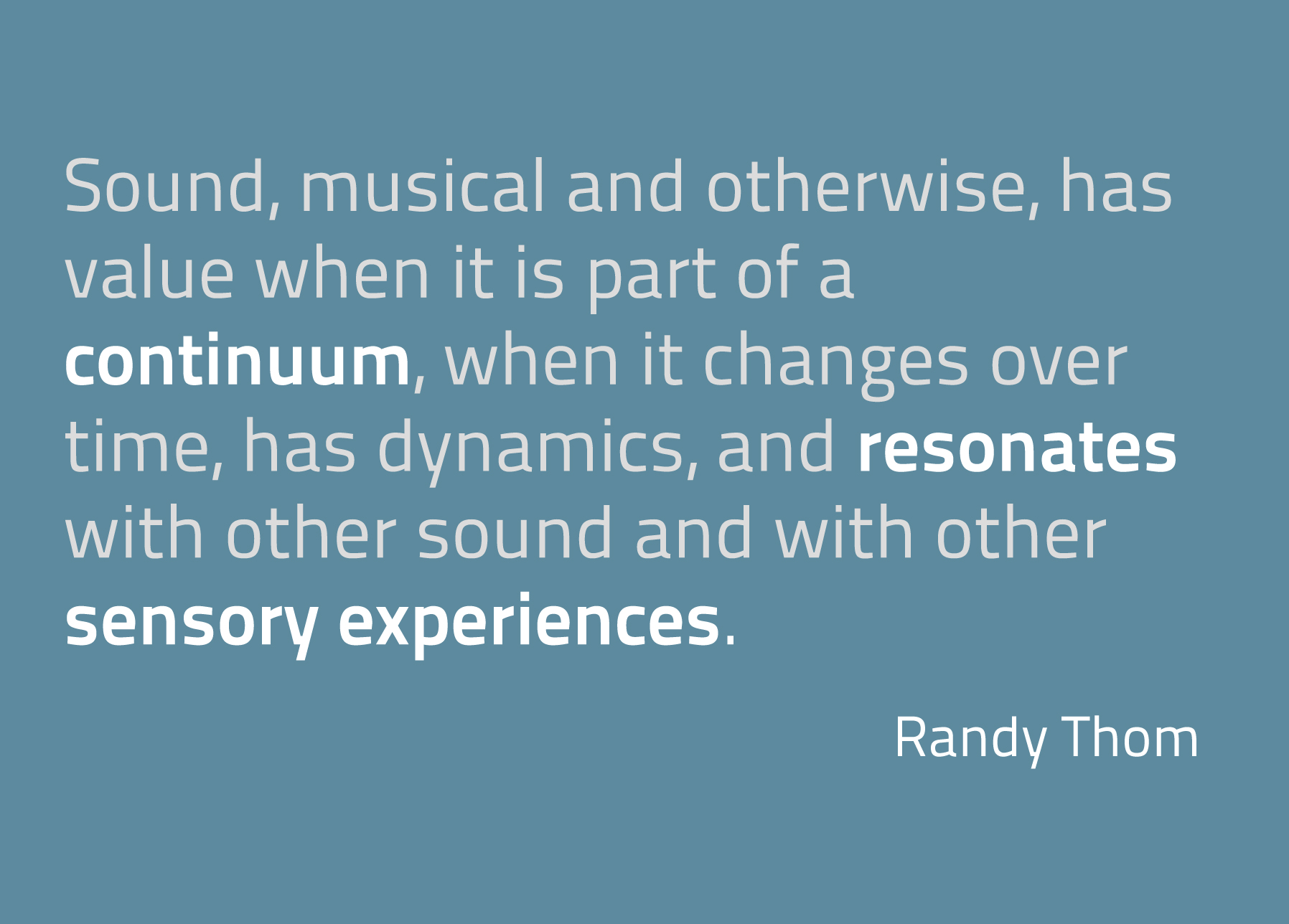 Linking up the sound continuum

Quote extract from “Designing A Movie For Sound“

There’s a strongly-held belief within the sound design community that the best sound design is often the stuff you don’t notice. That means we can assume that what makes bad sound design bad is its inability to suspend the audience’s disbelief. That seems more often to be the case than not. You may even be able to recall times where sound has detracted from an immersive experience either in film, on TV or in a live performance. Perhaps it’s a car chase where the vehicles sound more hairdryer than V8. A post-apocalyptic wasteland that sounds like it’s next to the M25. Or a WWII epic where the rifles sound like they’re from a paintball tournament. The issue comes down to sensory linking.

In all of these examples, our brains are adeptly trained at pairing our two primary senses together. When things just don’t sound right, our conscious minds sit up and take notice. The video below explains the McGurk effect, a phenomenon that perfectly demonstrates this theory.

Of course, you can apply such a concept across a wide variety of disciplines. In theatre, that might include lighting, costume, camerawork and acting (of course). These all exude realism when they are at their most effective. However, our deep-seated reliance on linking sound with vision means that the sound designer, more than any other element, has an integral responsibility. That linking of senses helps keep the action cohesive and believable.

J. White, sound designer for Visceral Games, put emphasis on the use of sound in Pong, the world’s first commercially popular videogame. Sound reacted to the location of the ball on-screen to create a very primitive form of audience immersion. Those iconic “boops and beeps” became synonymous with the game’s legacy.

“These days, as audio designers, we still score that core mechanic in a satisfying way, but we have a lot more subtlety available to us.”

Despite the total simplicity of the sounds, this tight-knit relativity – the linking between the visual and auditory feedback players receive based on their actions – went on to become one of the core fundamentals of game audio.

So, with that in mind, it falls to the job of the sound designer to provide a single cohesive “soundtrack”. The finished article has to work in tandem with the visuals but needs to stand on its own feet as clear, evocative and inspired; three properties all good sound designers consider with every piece of work they produce.